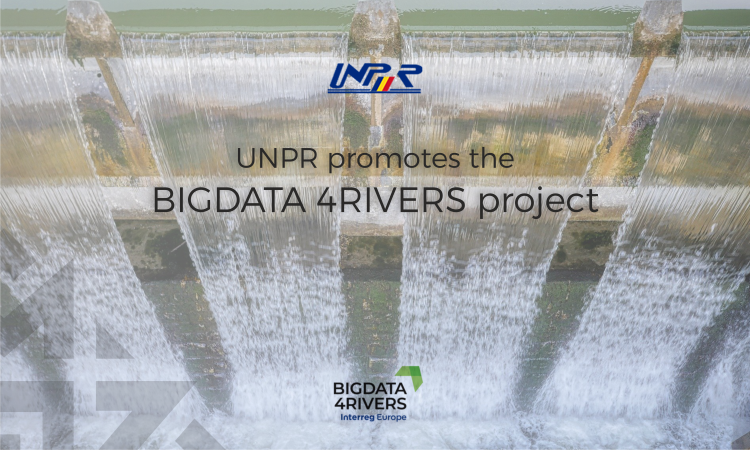 The National Union of Romanian Employers (UNPR)- representing 142 companies, employers' organizations and professional bodies from 21 counties, started the campaign to promote the BIGDATA 4RIVERS project at national level, selected on the occasion of the 4th INTERREG EUROPE call, within the Axis 4 - Environment and the efficient use of resources.

The general objectives of the BIGDATA 4RIVERS project:

Thus, starting with December 17, 2019, in order to promote the project, meetings were held with representatives of the Ministry of Public Works, Development and Administration, ”Romanian Waters” National Administration and with the Ministry of European Funds through the Managing Authority for the Large Infrastructure Operational Program.

Minister Ion Ștefan (Ministry of Public Works, Development and Administration) declared his support towards the development of cooperation relations with entrepreneurship in Romania. In order to materialize an effective collaboration, starting from February 2020, every 3 months will be organized meetings between him and the representatives of the business environment and professional bodies, for the submission of proposals or initiatives to improve the relations between the two parties.

Also, it took place discussions on the BIGDATA 4RIVERS project between the director of Water Resources Management, dr. Ing. Dragoș CAZAN, from the ”Romanian Waters” National Administration, Mr. Andrei CHIVU, director of the Managing Authority for the Large Infrastructure Operational Program, as well as with Camelia COPORAN - general director within the Ministry of Public Works, Development and Administration. They were all very interested and had an open dialogue for future collaboration.

The Association of Maramureș Entrepreneurs, as Vice-President of the National Union of the Romanian Employers, welcomes and supports this important project for Romania, with which involved as partners are: